This is a minor release: a few bug fixes and a few very specific features.

* Limited by the platform Ubooquity will run on. Both feature were succesfuly tested on Windows, but they don't work on Raspberry Pi (Linux). So they might or might not work depending on your setup. These limitations come from the libraries I use, nothing I can do about it.

A word of warning for Java 6 users. This the last version supporting Java 6. Next version will require Java 7 to run. (Java 6 has been obsolete for many years anyway) 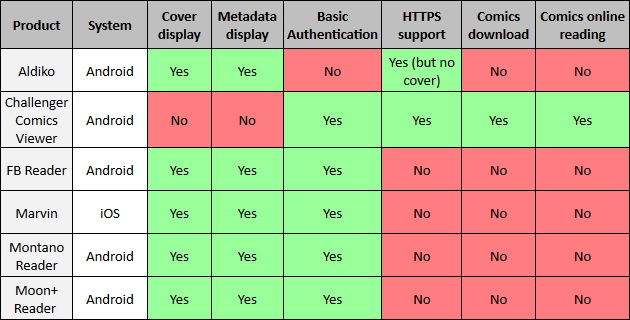 [UPDATE] If you use the "Modern" theme, you will have to download the new version of this theme on the themes page.

No OPDS support yet, and the online reader has not been improved much either. But work is in progress and these features/improvements will probably be delivered in the 1.7.0 version.

A forum to exchange ideas and questions around Ubooquity

The ubooquity website now has a dedicated forum, hosted on UserEcho.

This forum is meant to gather your feedback (questions, ideas, bugs...) in a single place so that discussions between users can take place more easily than in the comments section of the news. It also has a few interesting features:

Private messages can also be directly sent to me through the forum. I will keep the contact page online for now, but they are redundant.

The only drawback: you will have to sign in to the forum before being able to post or send a message. But you can do that using a lot of different account provider (Google, Yahoo, Microsoft, OpenID...) or by directly creating a UserEcho account, so it should not be a big problem.

Go to the forum by clicking the "Forum" link in the top menu or the "Feedback" label on the right side of your screen.

Rss feed of the articles
« previous page 3 of 5 next »